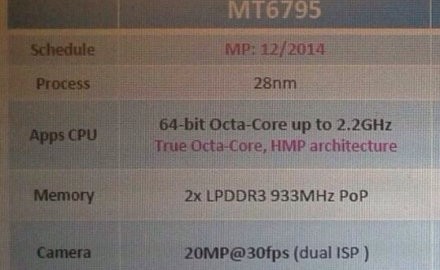 The direct competitor is the Qualcomm Snapdragon 810.

Mediatek is a compagny which is ramping up on soc at an impressive speed. They’re reaching out to the high end market.